Mark was a Navy search and rescue instructor for his H-60 helicopter squadron at NAS Mayport when he realized he had affinity for working in some type of medical field.  After finishing his enlistment, he returned to the University of Maryland at College Park where he achieved his Bachelor of Science degree in biology. From there he graduated with a Master’s degree in health science and was awarded a physician assistant certification in 1995 from the George Washington University. He began his emergency medicine, trauma, and ICU training right out of PA school at PG hospital in Cheverly Maryland. From there Mark worked practicing emergency medicine and trauma in Maryland for the next 17 years.

As an army reservist Mark was called to active duty twice to serve in Iraq from 2003 to 2004 and again in 2007 to 2008. While in Iraq he traveled extensively throughout the country practicing emergency medicine and trauma as needed for American soldiers, local nationals, Coalition troops, and Iraqi detainees.

In addition to Emergency Medicine and Trauma, Mark has also practiced urgent care and occupational medicine. He has also worked as a government contractor helping to develop and maintain medical documentation standards for both the Department of Defense and the Department of Veteran’s affairs. 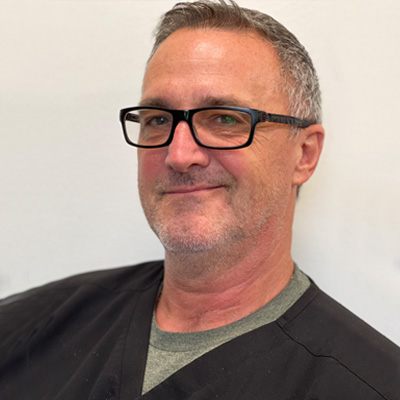 I recommend him to all my friends and family.

Amazing. Dr Oberman was the third ENT I had seen. No one else listened to me. He listened and found the source of my symptoms. He literally improved the quality of my life. I recommend him to all my friends and family. He is the best. If you want a doctor who will listen to you and be your advocate go see Dr Oberman.

Dr Oberman is truly top notch. He leaves no stone unturned and diagnosed me with a rare sinus disease after other ENT doctors have given me nasal sprays and ignored my complaints. He treats his patients like family. He listens, explains everything in depth so I could understand. I am telling all my friends to go see him. So thankful to have him in Frederick. It has been difficult to find a caring, comprehensive and compassionate ENT doctor in this area. I have no idea how anyone can give him a negative review as every single person I have referred to him have had equally a great experience and are very pleased by his care.

Surgery was flawless, and recovery was swift.

Dr. Oberman is amazing. After visiting another specialist, who didn’t do anything a specialist should and just gave me an antibiotic and said come back in 2 weeks, Dr Oberman did everything under the sun to find out what was wrong. We found a, of course, rare syndrome and he knew how to proceed. He and his team then fought for me with the insurance company as they wanted to deny the surgery based on it’s rarity and their lack of knowledge therein. Surgery was flawless, and recovery was swift. All subsequent follow ups have been great as well. Fantastic bedside manner to boot. Thank you!

My son and I both have been seeing Dr. Oberman and both had surgeries. I have nothing but good things to say about our experience. Dr. Oberman and his surgical assistant are very professional. Everything was done on time, procedures were thoroughly explained, all questions answered. I am recommending this ENT group to everyone.

Dr. Oberman described, with visual aids, what he observed, and provided clear follow-up instructions; but what really led me to write this review was his attention to the fact that I am breastfeeding and the care he took to make sure that my prescription was compatible.

I want to thank Dr. Oberman for being as thorough as he is with my case. My case is a little complicated to say the least. Dr. Oberman took the time to research my circumstances and educate himself accordingly (more so than any other doctor I have seen). Therefore he was able to order the appropriate testing and act accordingly with a diagnosis and a plan for further treatment, all the while, keeping a watchful eye at all times by allowing me access to keep in touch with him with any new or further developments beyond my scheduled appointments. When I needed to be seen immediately by an audiologist, he made sure I was seen right way. He truly cares about his patients and will go to bat with whatever is needed for the well being of his patients. Dr. Oberman has gone above and beyond to keep tabs on my condition above what any other doctor has done or I feel would do.

I recommend him hands down and without hesitation.

When I originally had the need for an ENT….my primary doctor gave me the choice of two referrals…one to Dr. Oberman and one to an ENT that I had previously seen. I chose to try someone new since I never received the comfort level or answers from my old ENT and all I can say is that I am glad that I chose Dr. Oberman. I recommend him hands down and without hesitation. Anyone in need of an ENT, I urge you to call Dr. Oberman. You will not be sorry. You will be glad you did.